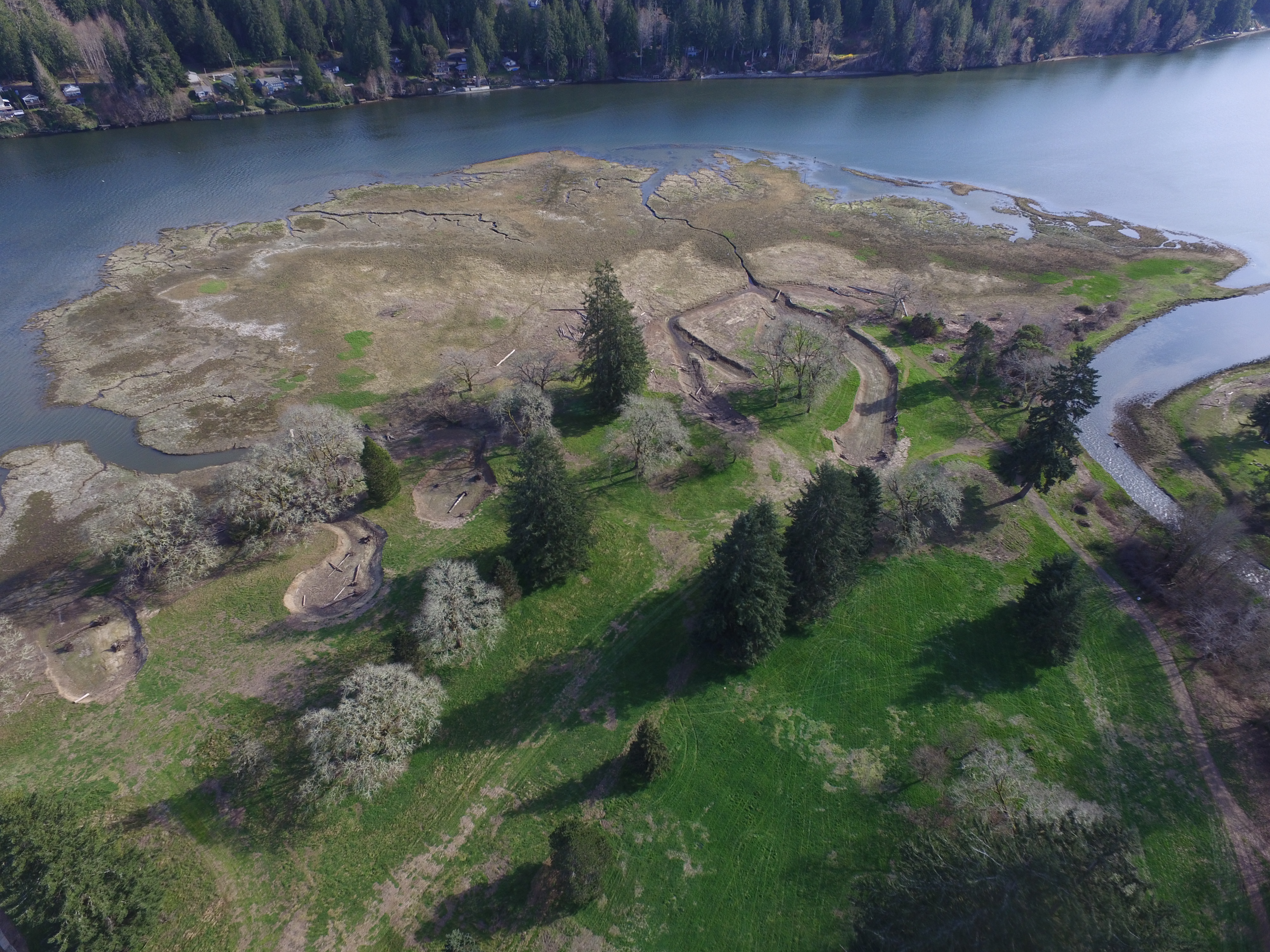 Bayshore Preserve was created to protect the country’s most productive Manila clam site.

Washington state is the biggest exporter of Manila clams in the country, and Oakland Bay in Mason County is where to find them. The Squaxin Island Tribe, as well as 2,000 annual recreational harvesters, rely on the abundant shellfish available here. This small area produces over 3 million pounds of clams annually, worth more than $10 million. Oakland Bay provides 40 percent of the overall U.S. Manila clam harvest.

However, part of Oakland Bay began suffering water quality problems that could restrict clam harvest and impact other wildlife. A 47-acre golf course operated next to the bay, drawing on water, using pesticides to maintain the greens, and leaching fertilizers that led to nutrient problems in the shallow bay.

Olympia-based Capitol Land Trust brought together vital funds to buy the $2 million property. Half of that purchase price was obtained by a $1 million grant from the U.S. Fish and Wildlife Service National Coastal Wetlands Conservation grant program. What once was a golf course is now part of a 74-acre preserve that is being restored to its original state, resulting in healthier shellfish harvest and supporting the local economy.

In addition to the Bayshore Preserve project, a Squaxin Island Tribe-sponsored project in Oakland Bay involves restoring 28.6 acres of salt marsh, removing 811 creosote pilings, and removing a quarter mile of seawall in Shelton Harbor, all while preserving the long-standing industrial use of the area.

The project includes local, state, and private partners. Preliminary design is ready to go, landowners and partners are willing, and the approach is tested and proven at other sites. This work lacks only funding to continue. As Oakland Bay is fed by seven major salmon streams and is used by Chinook salmon from throughout Puget Sound for feeding and rearing, the area is a priority for further investment.