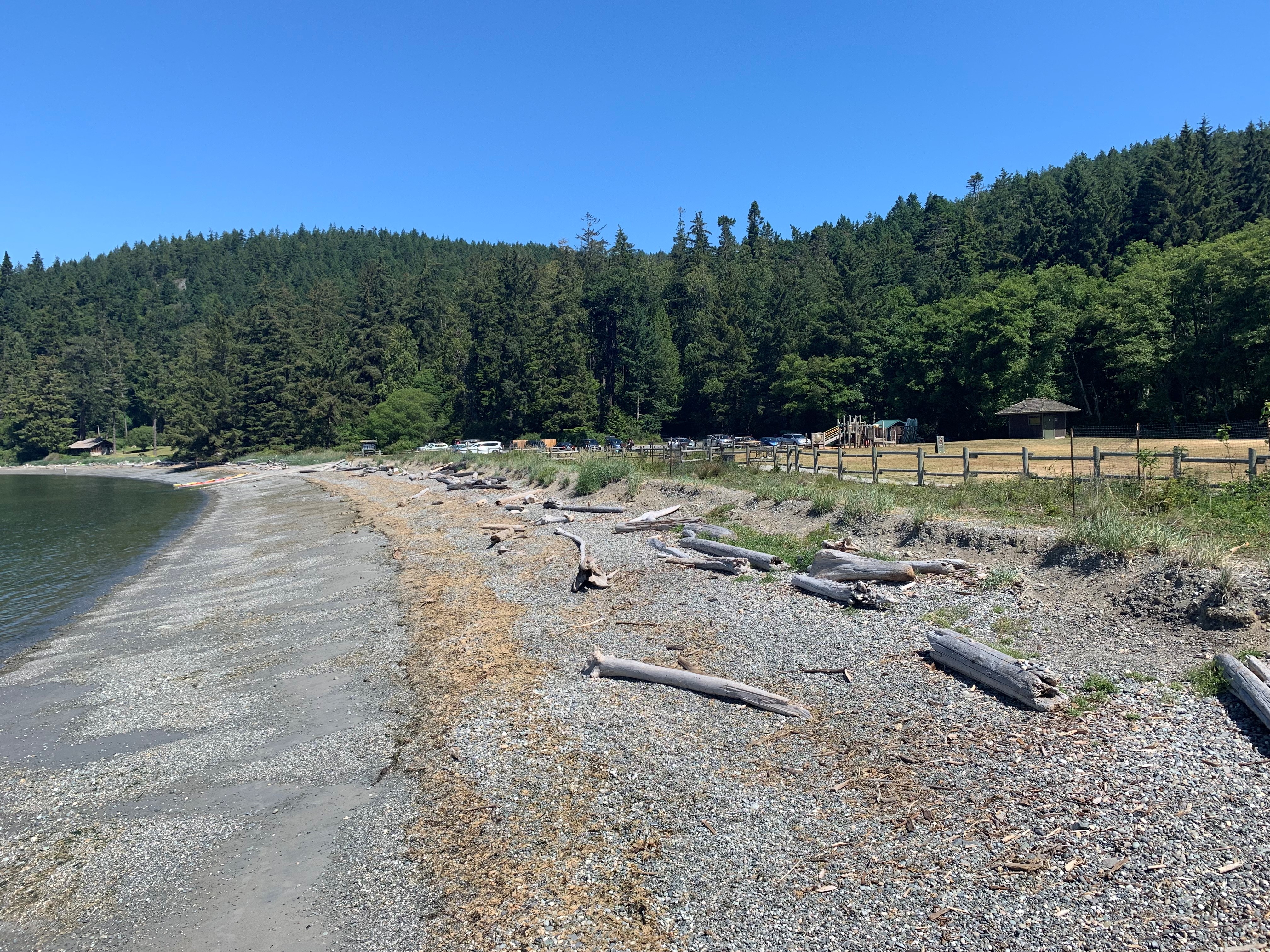 Restoring an ecosystem and providing a beach to enjoy

Bowman Bay is a pocket beach located in the Whidbey Basin at Deception Pass State Park. Prior to the 1970s, a seawall was built to protect a fish hatchery that was operated at the site. The hatchery was dismantled, but the large rocks used to build the seawall were left behind. The seawall prevented movement of sediment from the land down to the beach which resulted in the loss of native plants and beach habitat in the nearshore. The Skagit County Marine Resources Committee (MRC) partnered with the Northwest Straits Foundation and Washington State Parks to remove the seawall along the shoreline. The project helped restored habitat for forage fish, juvenile salmon and bull trout. Forage fish are an important food source for salmon, sea birds, marine mammals, and other wildlife. In addition to the ecological benefits, removing the seawall improved access to the beach for kayakers and other park visitors. Skagit Fisheries Enhancement Group continues to maintain the new vegetation while Salish Sea Steward and MRC volunteers monitor the habitat and species changes resulting from the restoration actions.