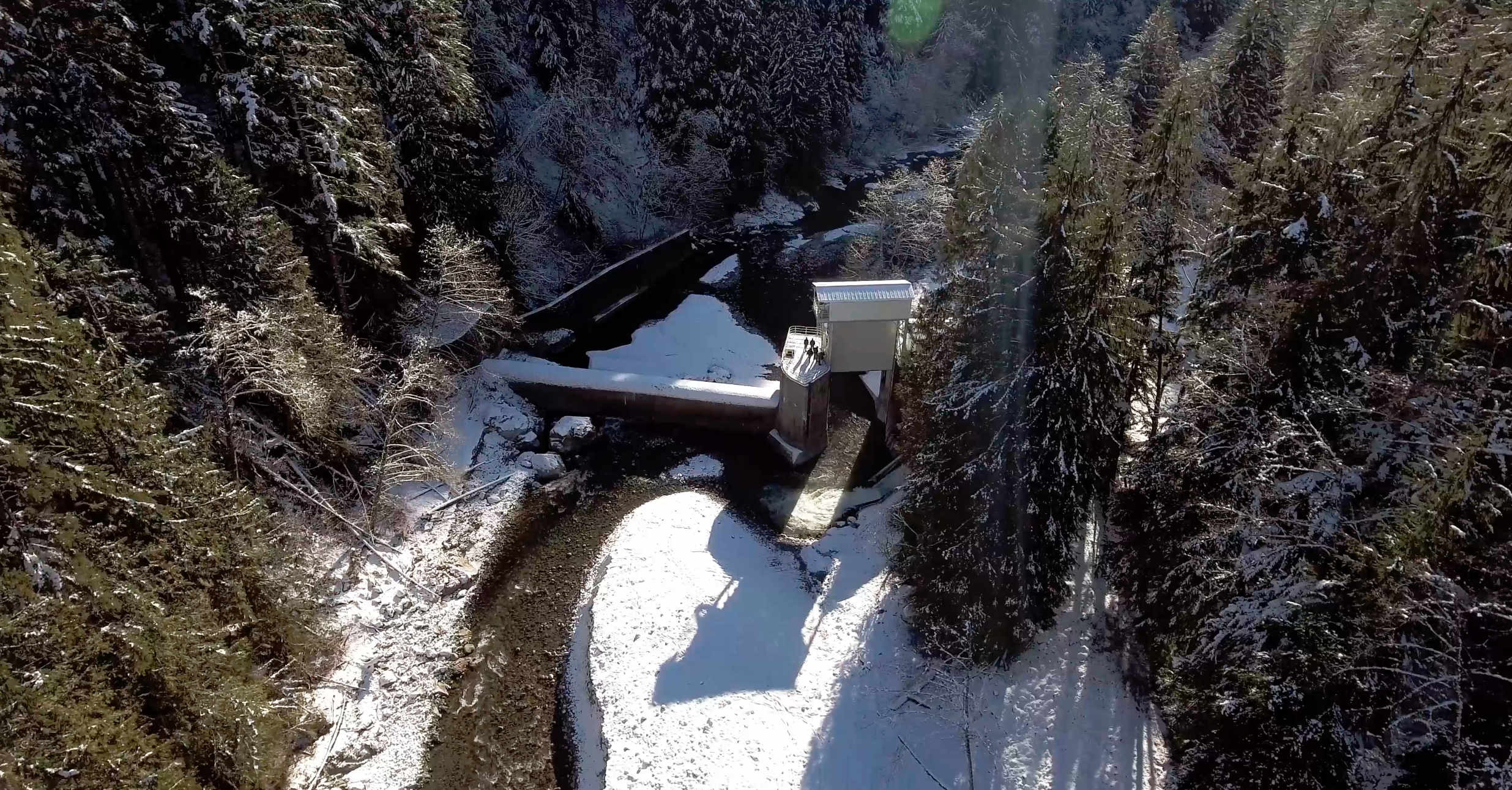 For the first time in 90 years, salmon are using 6.5-miles of stream habitat in the upper Sultan River, thanks to an innovative project by the Snohomish County PUD that opened the river for fish passage past the Sultan River Diversion Dam. The project allows fish to pass the site where the dam previously blocked fish passage since 1929. Salmon were spotted above the dam the first week after construction in 2016 and coho salmon were documented laying eggs five miles above the dam the first year after project completion. By modifying the dam’s sluiceway with a gate and excavating the riverbed below and above the gate, fish can now move up and down the river and access the pristine habitat up to Spada Lake. The gate only needs to be closed a few days each year during extreme droughts or to accommodate maintenance schedules for other PUD facilities on the river. The project benefits Chinook and coho salmon, and steelhead by providing access to 6.5 miles of pristine habitat to lay eggs, overwinter, and feed. The immediate, natural return of fish eliminated the need to plant fish above the dam.. The innovative design cost $1.5 million less to construct and $30,000 less in annual maintenance than traditional fish passage structures. Snohomish PUD was recognized as a 2017 Outstanding Steward of America’s Waters by the National Hydropower Association for its work on this project.