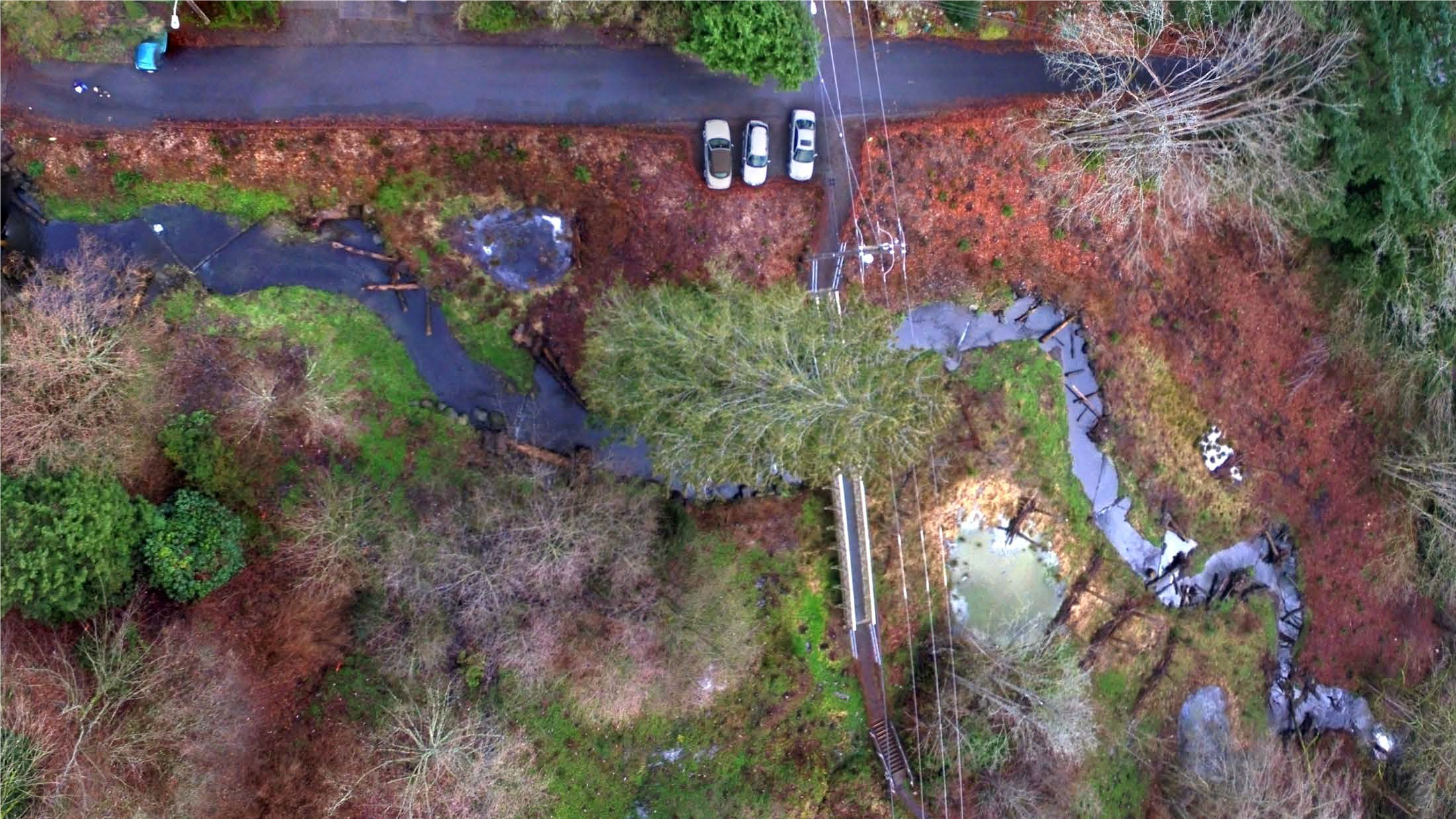 Chinook salmon returned to Thornton Creek in the Meadowdale neighborhood of Seattle in 2018 for the first time in twenty years. Chinook salmon were filmed laying their eggs in this urban stream, which had benefited from habitat restoration in 2014. The project restored natural shape to the stream channels and wetlands, improved the streambed and restored the flow of the water so that it moved down under the riverbed where surface water mixes with the stream bottom and with groundwater below the surface. This mixing both cools the water and breaks down stream pollutants through natural processes within the subsurface gravels. This project was specifically designed to maximize those natural processes through engineering greater mixing below the riverbed to cool the surface water because warm water is harmful to Chinook and other wildlife that live in the stream. The engineering design to encourage subsurface mixing was extremely successful, moving as much as 2 cubic meters of water vertically each day in every meter of streambed, which is more even than pristine streams. The project restored the natural cooling and cleansing processes and succeeded in cooling water by 2° Celsius and reducing various pollutants by 60-90%. Salmon were found in the newly created pools and insect density and richness was 2-3 times higher after the restoration project. The restored channel and floodplain complex allows flood waters to more effectively be stored within the project area and has reduced flooding in the neighborhood. The project also replaced the old stream crossing with an 80-foot pedestrian bridge spanning the channel and floodplain. Neighbors have benefited from a beautiful green space in their neighborhood full of birds, fish and other wildlife. The project is featured in a full-length documentary, Engineering with Nature: An Ode to Water, Wood, and Stone, by Leaping Frog films that was featured at the 2019 Seattle International Film Festival.