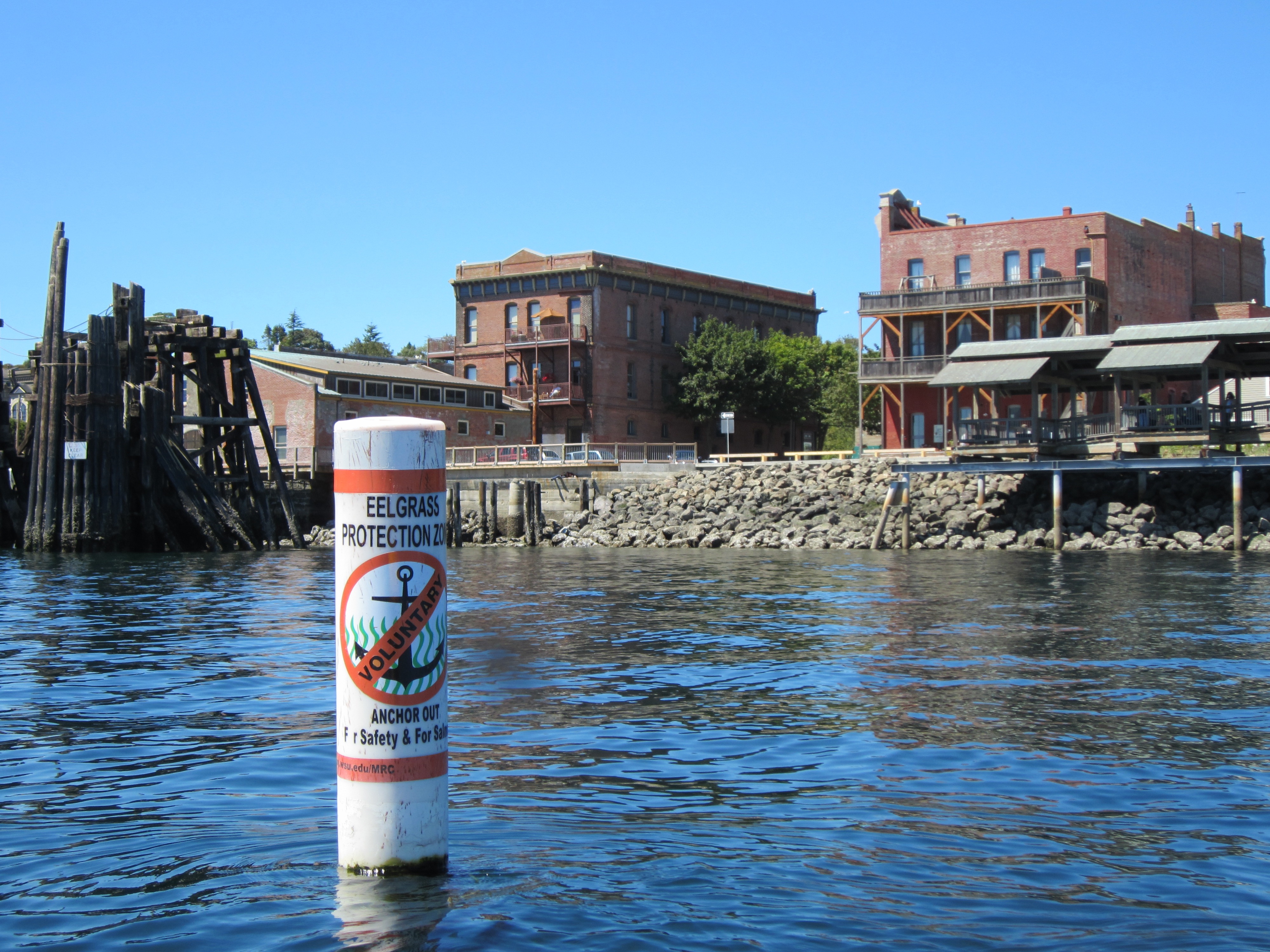 Port Townsend is a popular destination for pleasure boaters in Washington’s inland waters. Eelgrass beds flourish in the nearshore just beyond the waterfront and were at risk for significant damage from boat anchors. Eelgrass beds provide critically important habitat for salmon, crab, invertebrates and other marine life, and Pacific herring lay their eggs directly on the leaves. To protect the eelgrass beds, the Jefferson County Marine Resources Committee (MRC) established a voluntary “No Anchor Zone” in 2004. Special navigational buoys mark the outer boundaries of the eelgrass zone and ask vessel operators to anchor out for safety and salmon. Outreach focuses on the importance of eelgrass and requests for voluntary compliance. Vessel monitoring over the last 14 years shows that the marker buoys and outreach succeeded in achieving over 98% compliance by boaters. The voluntary No Anchor Zone was expanded in 2015 and now protects 52 acres of eelgrass along this bustling maritime waterfront.