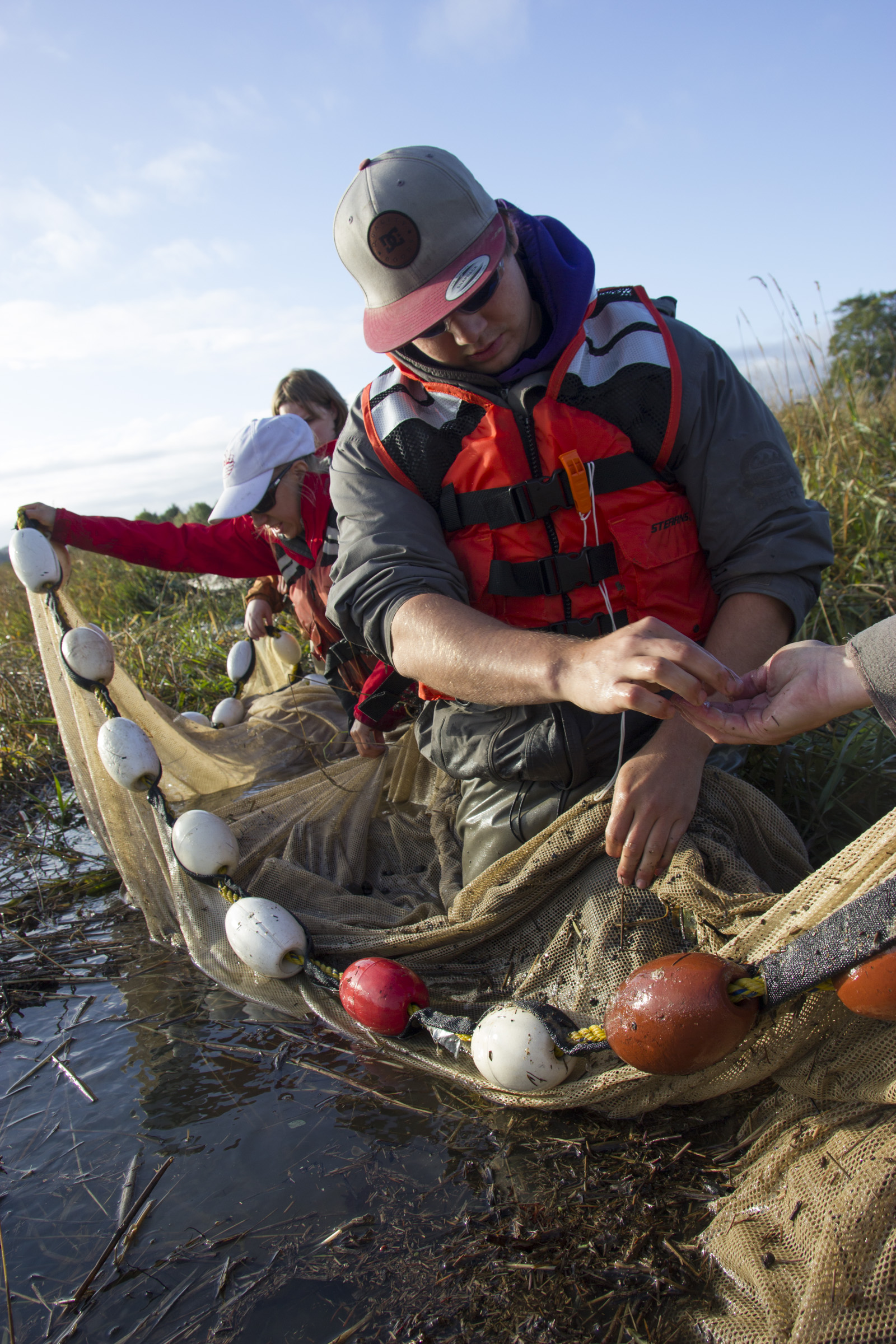 Led by the Tulalip Tribes, the Qwuloolt Estuary restoration is one of the largest restoration projects in Puget Sound. (Qwuloolt is the Lushootseed word for “marsh.”)

Located within the Snohomish River floodplain, the estuary historically encompassed tidal marsh and forest scrub-shrub habitat, interlaced by tidal channels, mudflats and streams. But for more than 100 years levees, drained by ditches instead of stream channels and characterized by invasive reed canary grass instead of native shrubs and grasses cut off the estuary from the natural influences of the Snohomish River and Puget Sound tides. These changes also cut off fish access to the the estuary, and the Tulalip Tribe recognized that the estuary would have to be restored if the dwindling populations of culturally important salmon were ever to make a come back.

In August 2015, after 20 years of planning and $20 million invested by many partners, the Ebey Slough levee was breached, and tidal flow to the 400-acre Qwuloolt Estuary in Snohomish County was restored. One week after tidal flow was restored, a team monitoring habitat changes found both young and adult coho salmon using the estuary.

Photo credits: Kari Neumeyer, Northwest Indian Fisheries Commission – A juvenile coho is found in the Qwuloolt Estuary during sampling shortly after the breach of the dike.

Photo credits: Kari Neumeyer, Northwest Indian Fisheries Commission- Staff from Tulalip and NOAA seine the Qwuloolt Estuary to see what fish are using the new habitat a week after it was breached in September 2015.