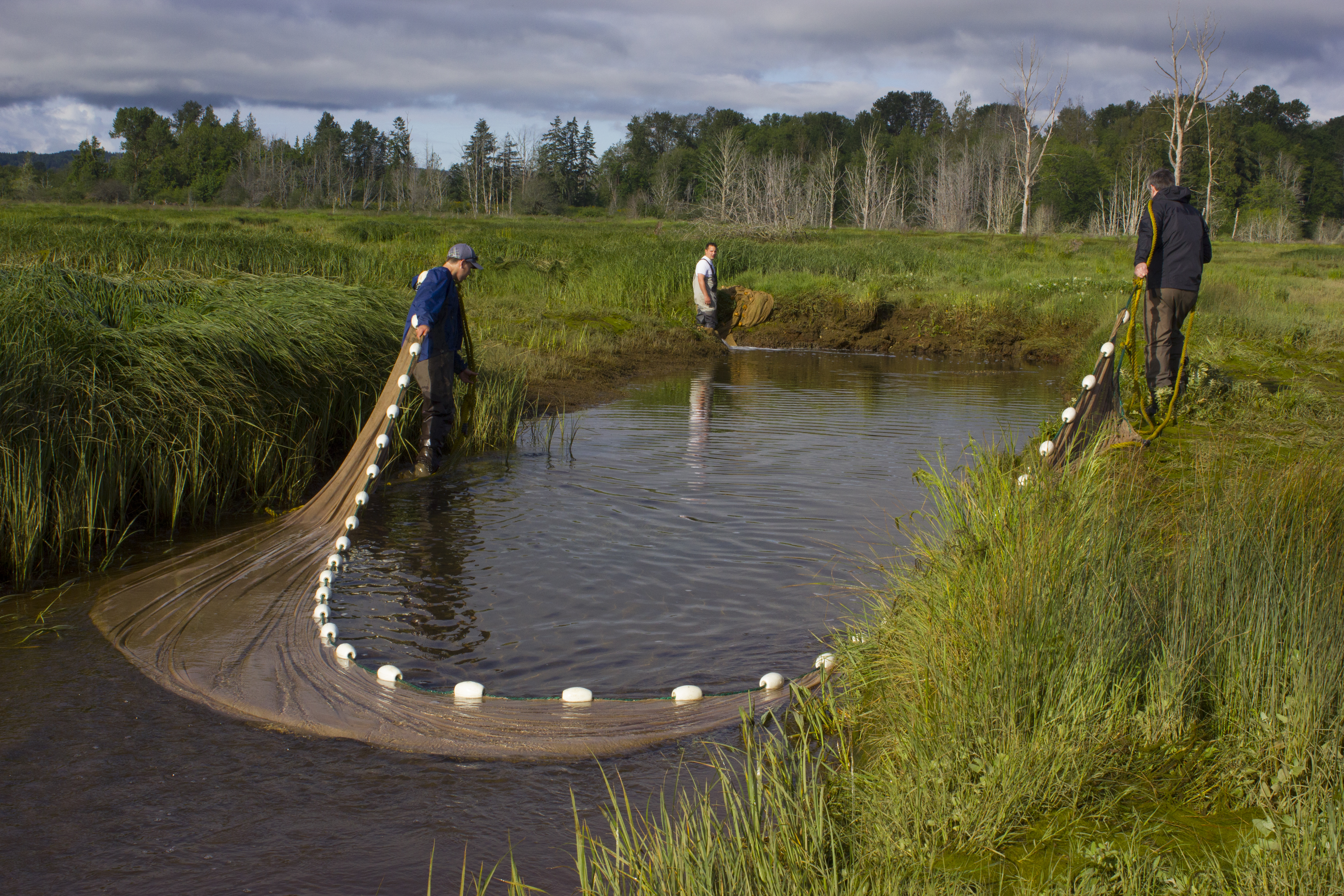 The Skokomish River floods more frequently than any river in Washington, and yet the river channel often goes dry during Chinook salmon migration. This is because nearly half of the Skokomish River estuary had been converted to diked farmland, which contributed to flooding, declining salmon, and reduced farming.

Over the past decade, the Skokomish Tribe has successfully restored 1,000 acres of the estuary. Miles of dikes were removed, and the tides and floods could freely flow again on the floodplain. Fish-blocking tide gates and culverts were removed, restoring 20 miles of stream channels, and rootwads were installed to support habitat in the channels. New, salmon-friendly bridges and larger culverts reconnected freshwater wetlands to the estuary, further improving the habitat.

Restoration efforts saw immediate success. The very next day after one of the levees was removed, salmon were seen returning to spawn. More than 114 different species of wildlife have been observed using the area.

People have benefited too. Local schools use the estuary for their outdoor science programs; tribal members now have easy access to the estuary and tidelands for harvesting traditional plants and shellfish; and flooding on private and public land has been reduced.