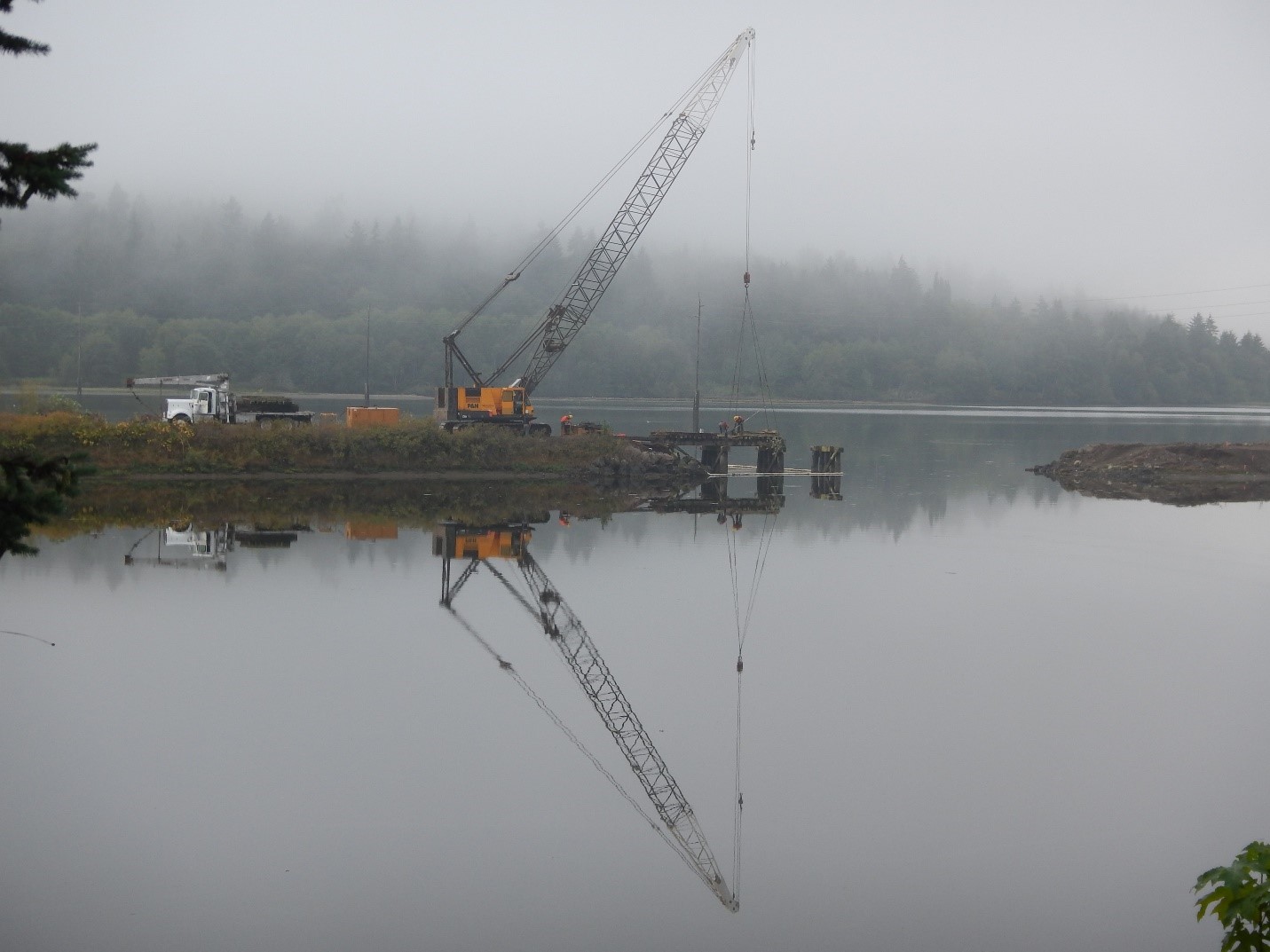 The Maynard Nearshore Restoration Project is located at the head of Discovery Bay in Jefferson County. Salmon and Snow Creek enter the bay within a half-mile of one another forming an estuary that transitions to the bay, forming a transitional habitat for adult salmonids returning to the freshwater and for young salmon leaving to travel along the nearshore and out to the ocean. The area is rich in shellfish resources including a rare population of Olympia Oysters and a robust native littleneck clam population. The North Olympic Salmon Coalition led the restoration of this site belonging to Washington Department of Fish and Wildlife. The project removed creosoted pilings, railroad ties, an old trestle, a defunct tidegate and concrete debris leftover from historic mill and railroad. The defunct infrastructure was leaching toxic creosote, covering valuable habitat for fish, and blocking natural sediment processes. The project restored 2,800 feet of natural shoreline with gravel, gentle slopes, and native plants, and created a pocket estuary that supports juvenile salmon and forage fish including sand lance and surf smelt. Forage fish are an important food source for salmon, sea birds, marine mammals, and other wildlife. The project also built a pedestrian trail on the existing railroad grade. The Jefferson County Marine Resources Committee relocated Olympia oysters from the area before construction so they were not harmed by construction activity.