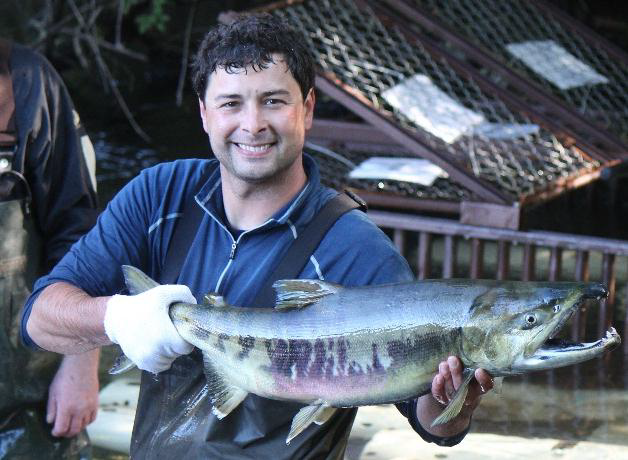 The Hood Canal Salmon Enhancement Group and the Washington Department of Fish and Wildlife collaborated to return ocean tides to restore salt marsh habitat in the lower Union River, which is part of the larger Lynch Cove estuary in South Hood Canal. The project breached a dike in two places to allow the daily tide to return to the marsh. A total of 1.7 miles of tidal channels were constructed and 9,000 native plants were planted. Federally listed Hood Canal summer chum lay their eggs in the Union River and the system is considered a strong-hold for regional salmon recovery efforts. Juvenile chum and Chinook salmon depend on estuaries during early marine life for food and refuge from predators. Estuaries provide salmon a gradual transition from freshwater to saltwater habitat. Large numbers of waterfowl use Lynch Cove and its tidelands. Pedestrian bridges were built over the dike breaches and a pedestrian trail was extended one half-mile into the project area. The project involved citizen volunteers to collect data about salmon spawning and carcasses to inform recovery efforts.