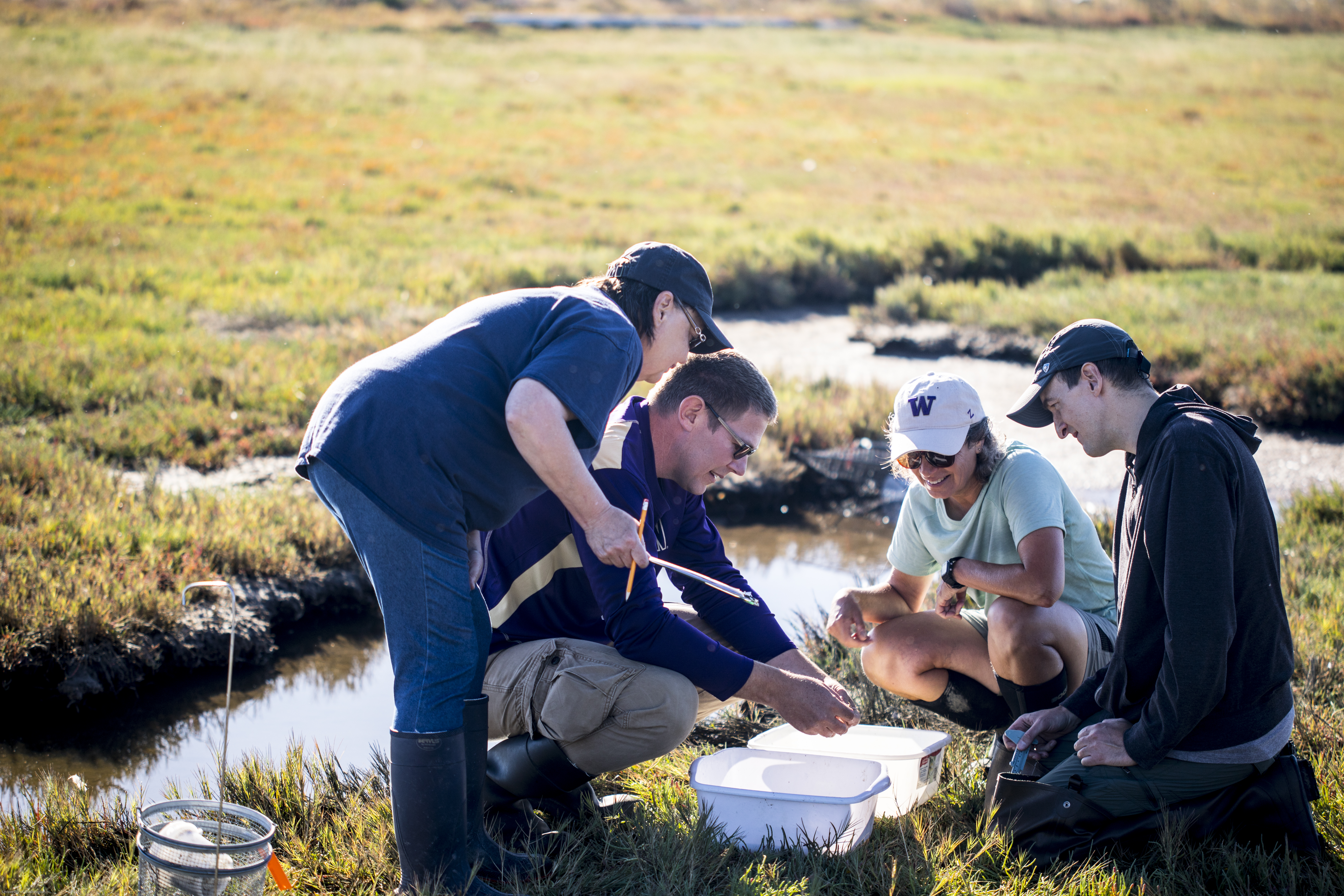 By training and supporting citizen science volunteers, the Washington Sea Grant Crab Team can monitor a much larger area than would otherwise be possible. At the same time, they are learning more about the community of animals that lives in salt marshes and pocket estuaries and how to better protect them. Many of these animals are part of the food chain that supports salmon and sea birds.